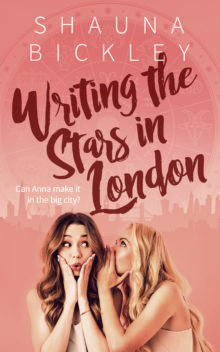 Jake says it was a chance meeting with an ex-girlfriend and there is nothing for Anna to worry about as he has no feelings for the two-timing Brooklyn. But Anna can’t get the woman out of her mind. If they have no secrets from each other, why didn’t Jake tell her about Brooklyn before?

Conscious that Jake said he wants nothing more to do with his ex-girlfriend, Anna doesn’t mention she has met Brooklyn, believing they’re not likely to meet again. So much for assumptions.

You can buy both novels in Writing the Stars Collection which also includes a novella: Nic’s Story.

A sweet romance with a lot of heart that will appeal to fans of Lucy Diamond, Susanne O’Leary, Mary Alice Monroe, Sheila O’Flanagan and anyone who’s ever read their horoscope!