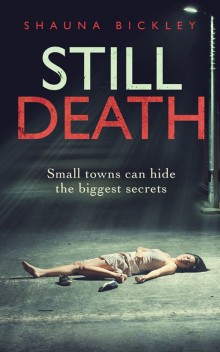 Lexie thought losing her job was tough. But finding a killer may be the death of her.

After losing her high-flying job in London and moving to a small town, Lexie lacks a sense of purpose. She befriends an elderly neighbour whose son, Patrick, disappeared when his girlfriend was murdered.

Later, Lexie discovers Patrick hiding out at his mother’s house. To please her neighbour, she listens to his tale of being set up for his girlfriend’s murder. Lexie doesn’t want to believe him, but she finds it hard to imagine this investigative journalist, who fights exploitation and unfairness, committing a pre-meditated murder.

Shortly after their last discussion, Lexie discovers the bodies of the mother and son. The police close the case, concluding Patrick murdered his girlfriend and his mother and then killed himself.

Lexie is the only one who believes the murderer is still free.

But, as she investigates the deaths, someone is following her every move.

When her husband and children are threatened, Lexie is afraid she has gone too far. But she still doesn’t know the reason for the murders, or who committed them.

Lexie needs to find the cold-blooded killer before she becomes the next target.

Still Death is the first book in the Lexie Wyatt series of standalone murder mysteries.