The Times They Are A Changing 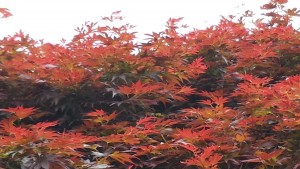 In the post “The End” I mentioned a little about writing the first draft of my current novel. While I wanted to plan it in depth before I started writing that’s not what happened. As the planning didn’t seem to be working, I started writing. The main character, Lexie, I knew well as she is the protagonist in the previous book, Still Death. However, while Lexie is still the main character of this second book, her good friend Helen and Helen’s university friends are vital to the story. Before I started writing, I knew who was killed, why, and who committed the dastardly deeds, but what I couldn’t figure out (while trying to plan) was how Lexie discovered everything.

As with most murder/mystery novels, characters are killed because of things they do, want, know or threaten to do. In this novel some of those events occurred while the group were university students. I included all these events in my first draft, and while I’ve cut out a lot of it, writing about these characters when they were younger really helped me get to know them. It informed their current characteristics, motivations and actions, and ultimately helped me figure out how Lexie discovered ‘who dunnit’.

I’m definitely not recommending this as a way of writing, but knowing about the character’s past really helps in creating well-rounded characters.

One of the other things writing about ‘the past’ reinforced for me was how fast things have changed. These characters were at university in England in the very early 2000s, so in plotting I had to keep in mind some of the following:

How times have changed in the eighteen years since we worried about Y2K and whether the technical world would survive!